Ashley Graham Reveals the Label She Prefers Over ‘Plus-Size Model’

Well-rounded woman! Ashley Graham is done being labeled as a “plus-size model” in the industry, telling the WSJ. Magazine that she wants to be called “a woman.”

The supermodel, 33, has broken down barriers throughout her career, becoming the first size 14 model on the cover of Sports Illustrated Swimsuit Issue and Vogue in 2016 and 2017, respectively.

Although her curvy figure is part of who she is, Graham told WSJ. in her March 2021 cover story, published on Tuesday, February 9, that she “hates” having to “constantly” discuss her body.

“I don’t know any man that has to do that,” she explained. “But what motivates me to continue to talk about my body is that I didn’t have someone talking about their body when I was young.”

Lack of representation inspired the “Pretty Big Deal” podcast host to stay true to herself in all aspects of her life, including social media.

“My brand is about confidence and owning who you are and being honest with who you are. I think that’s incredibly reflective of my Instagram, my YouTube, my podcast,” she told the outlet. “This is why I don’t post like the ‘perfect’ Instagram photos. I keep it real and raw constantly because I want [people] to know that there are women with cellulite, with back fat, with stretch marks.

She added: “There are a lot of curvy women, plus-size women, fat women, whatever you want to call them.”

Graham, who welcomed her first child, son Isaac, in January 2020 with husband Justin Ervin, was also the first full-figured model of her generation to receive a major beauty contract in the U.S. as a Revlon ambassador in 2018.

That feat and all of her other firsts are not lost on the Nebraska native, who told the magazine, “I really feel like in so many ways my career and what I’m doing is to change an industry forever.”

The businesswoman, who revealed her ultimate goal is to have her own talk show, is continuing to focus on moving the fashion industry forward by creating an all-sizes clothing line.

“This has to be the moment where fashion changes — where TV, film, everything changes,” she explained. “If you’re not talking about something that you’re passionate about, then what are you using your platform for? How are you creating change?”

Listen to Us Weekly’s Hot Hollywood as each week the editors of Us break down the hottest entertainment news stories! 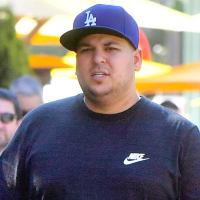 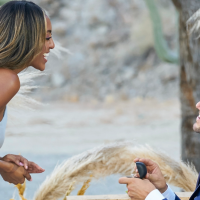 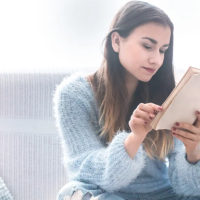 7 Books From Amazon That Will Inspire Creative New Hobbies