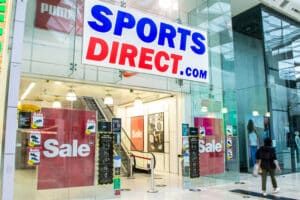 Frasers Group, the retailer controlled by the Sports Direct founder Mike Ashley, has said it will be forced to close stores and cut jobs after a “near worthless” support package on business rates in the budget.

The group, which includes Sports Direct, House of Fraser, Flannels and Evans Cycles, said retailers needed a complete overhaul of the business rates model for the high street to survive.

“The £2m rates cap on ‘businesses’ from July 2021 to March 2022 makes it a near worthless support package for large retailers,” the group said in a statement. “For Frasers Group, this cap will make it nearly impossible to take on ex-Debenhams sites with the inherent jobs created. It will also mean we need to review our entire portfolio to ascertain stores that are unviable due to unrealistic business rates.”

It added: “Frasers Group believes that retailers should pay the fair amount of rates in line with realistic rateable values but instead we continue to have an unwieldy, overly complex and out-of-date business rates regime.”

Last week the group said it expected to take a hit of more than £100m after the government said non-essential retailers in England would have to wait until 12 April at the earliest to reopen. Frasers Group said the sum reflected expected writedowns of the value of its properties and other assets.

Only the group’s Evans Cycles bike chain, which is classed as an essential retailer, has been able to trade throughout the high street lockdowns, while the sportswear retailer Sports Direct, the fast-growing designer fashion concept Flannels and the struggling House of Fraser department store chain have been affected by government efforts to control the spread of Covid-19.

The rise of online shopping, increased competition on the high street and rising rent and tax have put department stores under pressure. Debenhams is about to permanently shut all its 124 remaining outlets, Beales closed all its stores after falling into administration, and John Lewis closed eight stores last year, with up to eight more under threat.

At least 14 of House of Fraser’s original 59 stores have closed since the department store chain was bought out of administration by the group.

United Wants to Charge You for ER Visits...

How Healthy Are the New Plant-Based ‘Fake Meats’?

Yvette Nicole Brown: I ‘Gave Myself Diabetes’ While...