Nikki Bella Shows Off Abs, Says She’s ‘Almost Back to Her Pre-Baby Body’

Mom mode! Nikki Bella has been working hard to get back to her pre-baby body after giving birth in July 2020 and it shows.

The former WWE personality, 37, showed off her abs via Instagram on Thursday, March 11, and shared the secret to getting into shape.

“With healthy eating, increase of workout activity and Emsculpt Neo this Mama is almost back to her pre baby body!” she wrote.

Bella was pictured wearing white sweatpants and a white tank top, pulled up to show off her stomach. She wore a gray beanie on her head and smiled as she flexed her arms.

Her body isn’t all she’s been working on since giving birth to son Matteo, 8 months, whom she shares with Dancing With the Stars pro Artem Chigvintsev. Bella opened up to Us Weekly earlier this week about going to couples therapy to focus on and fix the problems in her relationship.

“It’s helped tremendously,” she revealed. “We don’t even have to keep going because it’s — I mean, it’s good to always have checkups — but all of a sudden, our sessions turned into, like, you just sit there. You’re like, ‘Oh, I’m really loving right now. Like, there’s no problems.’ It’s like we didn’t know what to talk about.”

Bella explained to Us that the strain of becoming parents early on in their relationship led her and Chigvintsev, 38, to couple’s therapy. She noted that they were struggling to communicate after welcoming their first child together.

“For Artem and I, and I think for new parents, I think anyone that’s been in this situation, it’s hard for the guy to understand what us women are going through and us women don’t always — I know my situation, I don’t tell him how I’m feeling. I just assume that he should know. And he’s this guy, like, ‘I have no idea what she’s feeling and now she’s upset at me,’” she said. “And I just realized [it was] miscommunication. We used to have an amazing foundation of communication and we lost that when Matteo came, and it’s both of our faults in different ways — me for not communicating and Artem for not asking. And it was so amazing when we started to realize that.”

The Total Bellas star revealed she and Artem were planning to start couples therapy after he wrapped season 29 of DWTS in November 2020. “After Dancing, we’re going to start classes as a couple because we’ve realized that we both feel like we’re not listening to each other. … We finally both just said, like, ‘We need to bring someone in to help us so we don’t get [back] into that place,’” she exclusively told Us at the time.

Bella and Chigvintsev got engaged in November 2019. They welcomed Matteo eight months later.

Listen to Us Weekly’s Hot Hollywood as each week the editors of Us break down the hottest entertainment news stories! 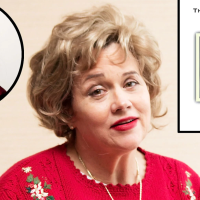 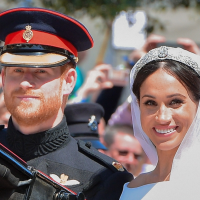 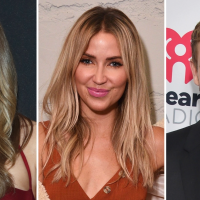 All the ‘Bachelor’ and ‘Bachelorette’ Stars Who Confessed to Going All the Way in the Fantasy Suite!