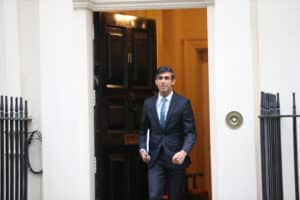 Promoters of tax avoidance are likely to come under further scrutiny today when the government publishes several consultations and calls for evidence to improve Britain’s tax system.

Rishi Sunak will not announce big new revenue-raising measures on what has been called Tax Day, but will try to fill gaps in the present system by closing administrative loopholes and cracking down on avoiders.

Significant decisions that could affect the public finances will be left for the budget. Instead, the Treasury will publish two dozen or so reviews and consultations, including user responses to outstanding inquiries.

The Treasury now will publish consultations separately to the budget to give officials time to prepare thoroughly and to help tax practitioners. Under the new arrangement, tax decisions that affect the public finances are announced in the budget. Proposals that are not yet policy are held for later.

Business groups such as the CBI have urged the government to use the day to set out strategic plans on green taxes ahead of the COP26 summit at the end of the year, as well as a business tax road map.

Responses by companies to the business rates review, which includes a proposed 2 per cent tax on online sales to raise £2 billion a year, will be published, but ministers will not respond until the autumn. Controversial proposals to align capital gains tax with income tax are not expected to get an airing.

There will be a focus on simplifying tax administration, with proposals for taxpayers to make more timely payments through HM Revenue & Customs’ digital portal. The Treasury hopes digital administration will help to close the £31 billion tax gap, much of which is lost through error.

This month the Treasury published a summary of responses to its consultation into tackling the promoters of tax avoidance. EY, the accounting firm, expects formal proposals to be set out. At the weekend, the Treasury said that it would no longer require 200,000 estates that fall below the inheritance tax threshold to fill out tax forms as part of probate.

An environmental tax plan may be the main event, with proposals for the new emissions trading scheme now that Britain has left the European Union expected at the very least (Philip Aldrick writes). There will be a “command paper” that draws two dozen consultation documents into a coherent whole, but it is not expected to constitute a tax strategy.

Chris Sanger, head of tax at EY, expects: company responses to the business rates review; aggressive action against promoters of tax avoidance schemes; a consultation requiring tax advisers to hold indemnity insurance; a call for evidence on speeding up tax payments; a review into VAT on fund management fees; and possibly a consultation on the apprenticeship levy.

Notably absent are expected to be capital gains tax reforms and changes to the taxation of the self-employed.