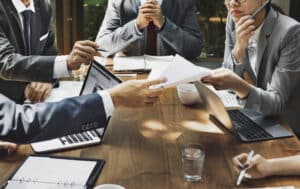 A firm of chartered accountants and business advisors has secured £50,000 in R&D Corporation Tax refunds for two of its clients.

Yorkshire-based Shenward worked with the two companies to submit successful claims to HMRC.

The two clients – one of which is a restaurant and the other a home interior design company – are not those which would traditionally be thought of as innovators involved in Research & Development (R&D).

R&D relief supports companies working on innovative projects in science and technology but the scope of those projects is wider than many people think.

Sherad Dewedi, managing partner at Shenward, said: “R&D covers a lot of different activity and businesses shouldn’t be put off by the terminology.

“Investment in innovation can be quite widely interpreted and it pays to take expert advice on whether a particular project qualifies for relief.

“Many businesses are so focused on solving a problem they won’t think that what they are doing is innovative when, in fact, what they achieve could actually be a major step forward for their industry.

“Whether they realise it or not many businesses invest in innovation and by claiming an R&D tax refund they can uncover new value and reinvest the savings for further growth.”

R&D Corporation Tax credits were introduced by the Government in 2000 and can allow up to 33% of R&D expenditure to be claimed back. Small and medium-sized businesses, as well as larger companies, are eligible.

“Many companies just going about their business may be unaware that they can claim this relief – that was certainly the case with the two clients we have just been successful for,” he said.

“Because we know their business and work closely with them, we were able to identify an opportunity to potentially make significant cash savings.

“When we looked more closely into the specific projects, we realised that this was indeed innovation and fitted the criteria for a claim.

“In the space of just six weeks we were able to put a strong application to HMRC and secure a positive result. Both clients were surprised and delighted with an unexpected reward for their innovation.

“At a time of continuing economic uncertainty such a claim can provide vitally important working capital to support growth and expansion,” added Mr Dewedi.

“I would urge any business to talk to their professional advisors because they may just be able to unlock further value in their work.”

HMRC rules say R&D relief must be part of a specific project to make an advance in science or technology. It can’t be an advance in a social science, such as economics, or a theoretical field such as pure maths. It must also relate to a company’s trade or prospective trade.

The project may research or develop a new process, product or service or improve on an existing one. Relief can even be claimed on unsuccessful projects.

“The lesson is simple,” said Mr Dewedi. “Talk to your advisors and seek their expert opinion. It may well pay dividends.”

Government must listen to employers to close disability employment gap