Pandemic insolvencies: ‘The worst is yet to come’ 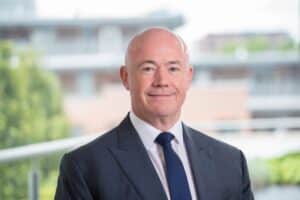 When government support measures come to an end later this year, a raft of businesses that have been reliant on them for survival are likely to fail, according to insolvency specialist Ric Traynor.

With high profile collapses dominating the front pages of business sections across the UK, you could be forgiven for thinking the worst was over, but a raft of liquidations and restructurings are exactly what Britain will have to endure when government coronavirus support packages like the furlough scheme come to an end.

The number of insolvencies in 2020 fell around 35 per cent, Ric Traynor, one of the founders of Aim-listed professional services firm Begbies Traynor.

In September, he says, when government support schemes wind down, there will be a spike in insolvencies, likely making up for 2020’s shortfall – and then some.

Traynor argues Covid support schemes have artificially kept businesses afloat that otherwise would not have survived the year.

The ones enjoying a stay of execution, along with others that picked up bad credit throughout the pandemic, would likely fail when support comes to an end.

“Those businesses that have been protected and still have fundamental problems are going to face formal insolvency, and that’s why we expect the number of insolvencies to increase over the course of the next year or two,” he says.

“Also, businesses that went into the pandemic relatively unscathed, but have had a year of no business and continue to accrue liability like rent, all that will need sorting out.

“That can happen at the same time as the economy bounces back – there are five million companies in the UK, so you could have most of them growing strongly, and the ones we deal with, the ones that require some formal assistance, either ending or restructuring to reduce their level of debt.”

Begbies Traynor carried out around 1,500 insolvencies last year, when it usually carries out between 1,500 and 2,000. Firms it worked with during the pandemic include Wigan Athletic football club, Brasserie Blanc restaurants and Betindex.

Traynor says his business handles more UK-based insolvencies than anyone else. It tends to target the SME market, leaving historically big collapses like Lehman Brothers to the Big Four firms.

The insolvency firm is off to an historic start this year. Already it has secured three acquisitions, worth up to a combined £47m, which expand its footprint both domestically and globally.

Traynor says the firm is likely to announce more acquisitions in the coming months, adding: “We’d be disappointed if that wasn’t the case; there’s certainly things in the pipeline that seem to be coming to fruition.”

But the executive chairman insists the recent acquisitions are not solely in response to the pandemic, and extra workload likely to be created from firm failure later this year.

“Obviously, we think the next few years is going to be a busy one for the insolvency sector. It makes sense to gear up and be able to take advantage of that, but both of the acquisitions we’ve done recently are more than that, they’re to grow our business for the longer term and to have a bigger and more resilient business.”

Read more:
Pandemic insolvencies: ‘The worst is yet to come’

Pandemic insolvencies: ‘The worst is yet to come’